In a two‑quart saucepan, melt butter and slowly whisk in flour until combined and forms a thick paste (roux). Continue to cook roux for two minutes over medium‑low heat, stirring frequently. Whisk heavy cream and whole milk into the roux and cook over medium heat until the cream begins to simmer, about 2‑3 minutes. Remove sauce from heat and slowly whisk in Pecorino Romano cheese until the Mornay sauce is smooth. Add nutmeg, salt and pepper to taste.

For each Hot Brown, place two slices of toast with the crusts cut off in an oven safe dish – one slice is cut in half corner to corner to make two triangles and the other slice is left in a square shape – then cover with 7 ounces of turkey. Take the two halves of Roma tomato and two toast points and set them alongside the base of the turkey and toast. Next, pour one half of the Mornay sauce to completely cover the dish. Sprinkle with additional Pecorino Romano cheese. Place the entire dish under a broiler until cheese begins to brown and bubble. Remove from broiler, cross two pieces of crispy bacon on top, sprinkle with paprika and parsley, and serve immediately. 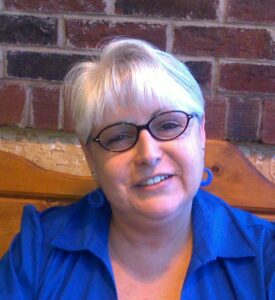 So I learned to cook at a very early age, mostly helping mom and my grandmothers by setting the table and finally advancing to making real whip cream. I remember the very first 3 course meal I made for my family, lettuce and tomato salad with bottled dressing, hamburger patty with BBQ sauce, instant mashed potatoes and peas. For Dessert it was grapefruit slices in orange juice. It was a 7th grade home economics assignment and I’m sure my parents said it was wonderful so I assume I received a good grade.

I have been stirring the pot and collecting recipes ever since.

Some of what you find here are recipes from my grandmother or mothers recipe box. Some are from cook books, blogs or food newsletters I subscribe to.